Now in its second year, the awards honor superheroes in support, ITOps, DevOps, SRE or in the NOC who go above and beyond when it comes to IT incident response, handling high-impact global incidents with exemplary professionalism and skill.

“With the pandemic fueling near overnight digital transformation across industries, the vital importance of Incident Commanders has never been clearer,” said Rob Schnepp, founding partner of Blackrock 3 and a longtime fire department Chief Officer and Incident Commander in the San Francisco Bay Area. “The winners of this year’s Incident Commander Awards have demonstrated exceptional leadership and talent, resolving outages and other IT issues around the clock under high-stakes circumstances.”

This year’s Incident Commanders are:

- Jaime Morell, senior IT systems engineer at Citrix. Jaime has earned a reputation as a “go-to guy” when it comes to incidents and resolutions for the problems within his organization’s systems. He says some of the biggest challenges IT Ops professionals face are the differences in environments, operating systems, and tools they come across, as well as delivering a seamless and positive experience while staying ahead of the issues themselves. “In my line of work, mistakes will cost you time and money. Outages are not acceptable, so I pride myself in my attention to detail both inside and outside of work.”

- Adrián Perez Sisay, incident manager at DirecTV Latin America. Adrián says the most important Incident Commander trait is, without a doubt, being proactive. He adds that it’s vital to remain relentless in the quest to solve and prevent issues, and that anything is possible with the proper support from peers and leaders. For new IT Ops professionals entering the industry, he says, “Be open-minded and be ready to expand your knowledge by working alongside key people.”

- Ben Narramore, director of service management at PlayStation. Ben says that the reason he and his team are successful is that his organization allows them to be directly responsible for carrying out their mission to resolve incidents. He says working in IT Ops can be demanding, but also equally rewarding. “I have never had a job as stressful, crazy, rewarding and exhilarating as IT Ops. When you’re in it, you’re in it. Not only are you a manager, you’re a repairman, an IT guy, a delivery person, a taxi driver, and pretty much anything else you can imagine. To say the least, you wear a lot of hats. But with many hats comes many rewards.”

- Misti Gilmore, director of IT service and delivery at Gamestop. During her time at GameStop, Misti has led the charge in streamlining ITIL processes (Change, Incident, Problem, Service Request and Knowledge) to increase efficiency and improve production stability by 30%. She also implemented an automated testing framework to support the CI/CD pipeline, resulting in no critical defects during the launch of the new GameStop.com website.

The Incident Commanders Winners Circle Event, hosted by BigPanda and moderated by Blackrock3, will take place on Nov. 17 from 3-4 p.m. PT. Winners will be speaking on a panel, “The face of the Future of IT Ops Excellence,” discussing how their role has changed throughout the pandemic and their predictions for the future of IT Ops or their respective industries. They will also share notable team wins and how they’d like to thank their teams, as well as where they are donating their $2,500 prize and why. 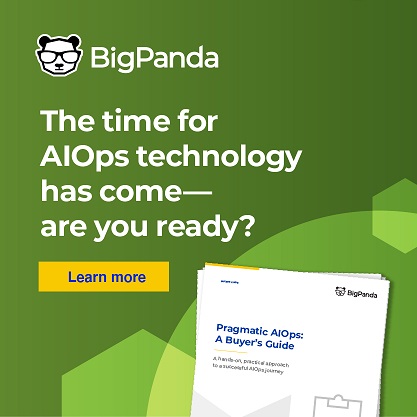