The practice of Observability addresses both the social and the technological challenges of wrangling complexity and working toward achieving production excellence. New research shows how observable systems and practices are changing the application performance management (APM) landscape.

A Spectrum of Observability

Our research gathered 406 responses from teams of varying sizes with a majority (57%) in SRE/DevOps roles, and 1 in 3 responders representing large enterprises (>1,000 employees). Performance was assessed across the dimensions of organization-wide practices, team-specific practices, and observability tooling.

While the findings show a wide range on where various teams and organizations are in their adoption of observability tooling and practices, it also found that 80 percent of teams intend to practice observability within two years. While the broader market sees value and has plans to adopt, about a quarter (27%) fall into the Advanced or Highly Advanced groups that have already started to realize clear value.

Fully 90% of those who use observability tooling say those tools are important to their team's software development success, including 39% who say observability tools are very important. We found that while a majority of participants currently use tooling tangential to observability: monitoring (84%), log management (79%), and error reporting (71%) — each of those tools is perceived as less impactful to their software development success and ability to achieve production excellence.

Respondent results showed statistically significant groupings along the spectrum of maturity in observability. Perhaps one of the more interesting findings was in comparing how advanced and highly advanced groups compared to their lesser mature counterparts. 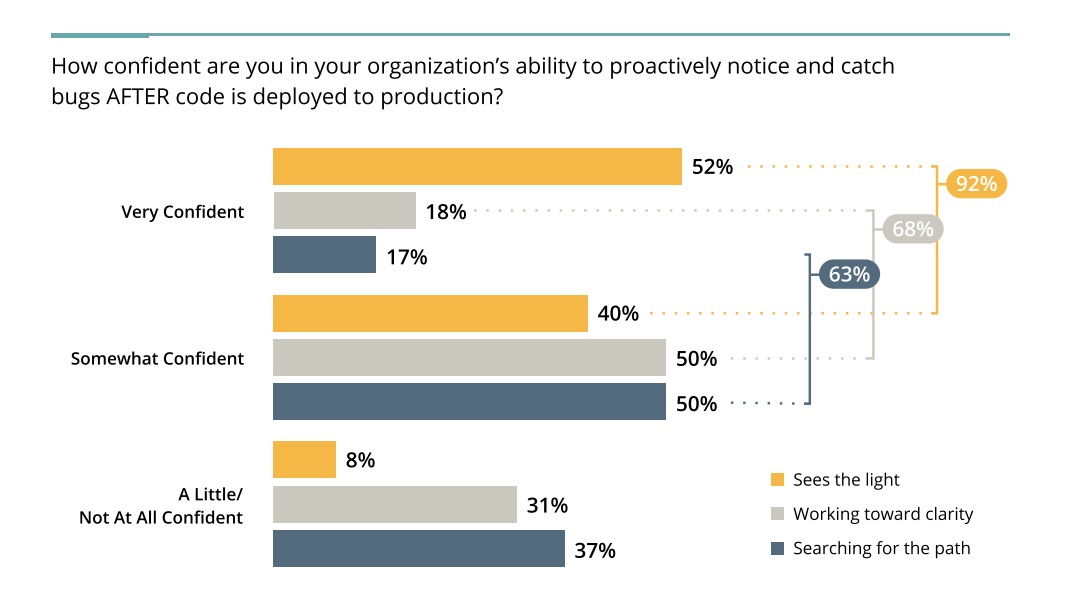 When asked about their approach to managing technical debt, advanced observability teams report being 3X more likely to work in an organization that understands their technical debt (22% vs 7% for other groups). 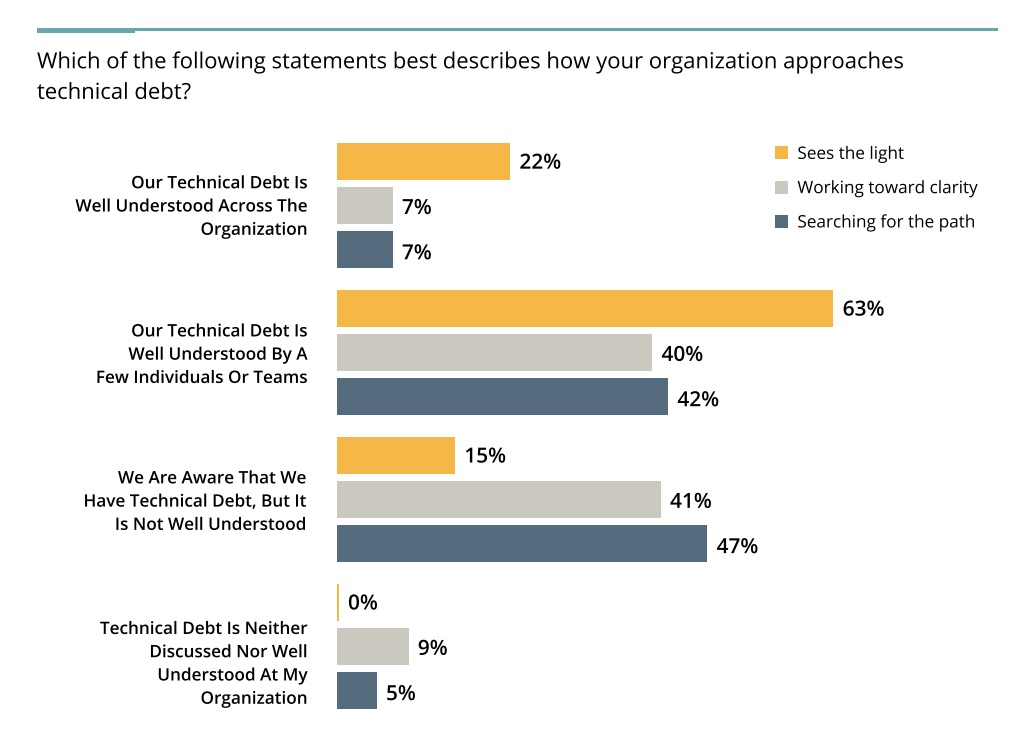 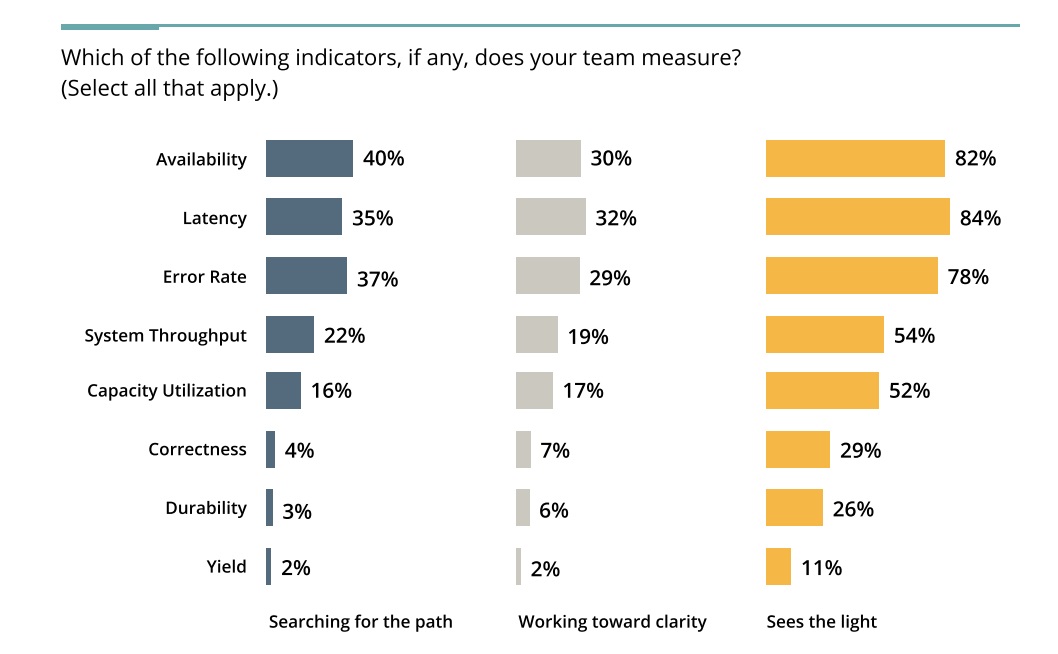 Practicing observability is a journey that relies both on technological tools and on social practices. It takes time for entire teams to adopt new tools, practices, and shift their mindsets. So it's no surprise to see a spectrum of characteristics that reflect the different points along that journey.

Teams that adopt the sociotechnical practices of observability to an advanced degree are able to proactively detect and resolve problems in production, better manage technical debt, and spend more time innovating on features as a result of spending less time troubleshooting issues. It's easy to get started with observability, results are better when involving entire teams, and it helps to start small (e.g. a dev or test environment).