Exposing Monitoring Gaps Between Traditional and Hybrid IT Environments
April 11, 2019

Companies have low visibility into their public cloud environments, and the tools and data supplied by cloud providers are insufficient, according to The State of Public Cloud Monitoring, a report sponsored by Ixia.

Lack of visibility can result in a variety of problems including the inability to track or diagnose application performance issues, inability to monitor and deliver against service-level agreements, and delays in detecting and resolving security vulnerabilities and exploits.

Nearly all respondents (99 percent) identified a direct link between comprehensive network visibility and business value. The results confirm that IT professionals see a direct connection between access to packet data and their ability to maintain cloud security and performance.

■ 38 percent cited insufficient visibility as a key factor in application outages, and 31 percent in network outages 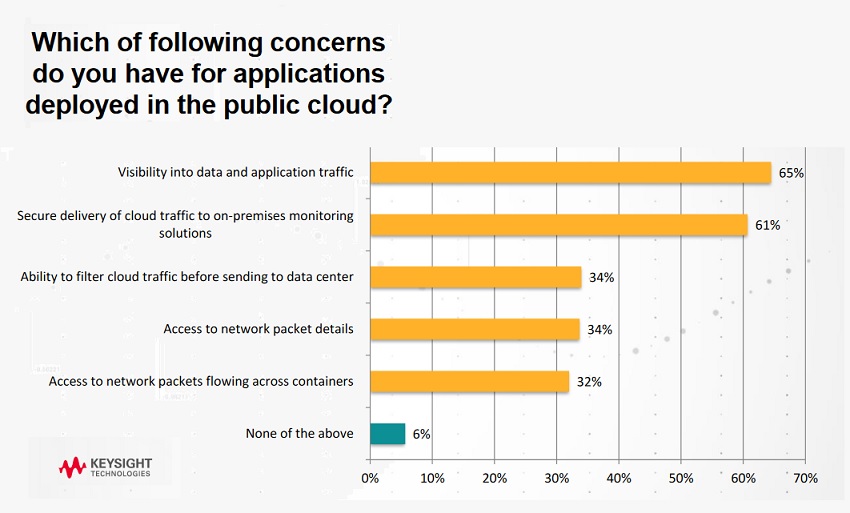 "This survey makes it clear that those responsible for hybrid IT environments are concerned about their inability to fully see and react to what is happening in their networks, especially as business-critical applications migrate to a virtualized infrastructure," said Recep Ozdag, GM and VP, Product Management in Keysight's Ixia Solutions Group. "This lack of visibility can result in poor application performance, customer data loss, and undetected security threats, all of which can have serious consequences to an organizations' overall business success."

99 percent of respondents stated that comprehensive visibility has direct value to their organizations, with the top three benefits cited as:

The survey focused on challenges faced when monitoring public and private clouds, as well as on-premises data centers. The survey revealed that visibility is critical for monitoring cloud performance, as well as validating application performance prior to cloud deployment. The survey also revealed IT professionals indicated that cloud providers are not providing the level of visibility they need:

■ Public cloud environments are difficult to monitor: Less than 20 percent of IT professionals reported they had complete, timely access to data packets in public clouds. In private clouds, the situation is better, with 55 percent reporting adequate access. In on-premises data centers, 82 percent have the visibility they need.

■ Packet-level visibility is critical for monitoring: 86 percent of respondents stated visibility was important for network and application performance monitoring, and 93 percent stated it was valuable for security.

■ Predicting performance is a key challenge. 87 percent of cloud users find it difficult to predict application performance in the cloud. 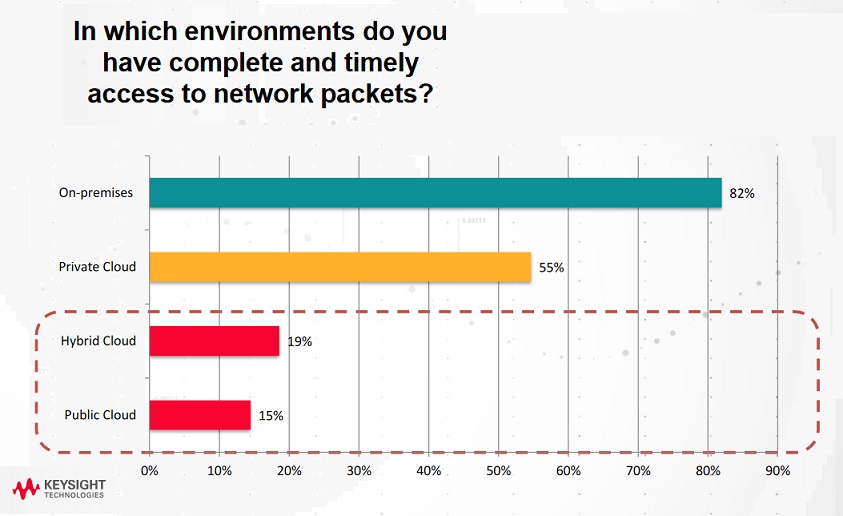 Methodology: The survey was conducted by Dimensional Research and polled 338 IT professionals at organizations from a range of sizes and industries globally.