However, one of the key users of all these tools is IT Operations - and isolating the root cause of a slow performing application is of prime importance to them. Having all the data in disjoint, disparate systems and each requiring its own skill set is a battle that IT Operations has been fighting for decades, and presenting yet another set of cool tools does not bring them any closer to winning this battle.

Presenting a unified dashboard of application process metrics and network or packet level metrics increases the usability and value of both performance data types. Contextual analytics and presentation of data from multiple sources is invaluable to IT Operations in troubleshooting poor application performance and user satisfaction.

As a simple example, either of the two approaches above could indicate that a database is responding slowly to queries. The process level metrics would show that the buffers are starved because the number of transactions is abnormally high. Integrating with the netflow or packet data would allow immediate drill down to isolate which client IP address is the source of the high number of queries. 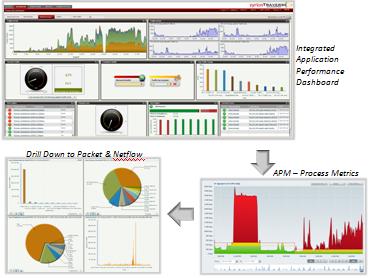 Current generation APM products also need to be flexible and capable of analyzing very large datasets in real-time to provide meaningful results to IT due to the complexities of new distributed, virtualized datacenters. There is a growing demand for such products as more and more enterprises migrate to hybrid cloud environments and downtime or degraded performance is no longer an option.

Vikas Aggarwal is CEO of Zyrion.