The Secret to Application Performance Optimization - It's All About the Staff, Not the Software
July 11, 2012

One of the most promising aspects of today's Cloud-based application performance management (APM) solutions is that they promise better functional capabilities with a more user friendly interface at a lower total cost of ownership (TCO).

While these attributes are certainly appealing and attracting attention among a growing number of IT professionals, they don't necessarily solve what is at the heart of the application optimization problem in many organizations.

In truth, the real obstacle to application optimization isn't technological, it is organizational.

Unfortunately, in too many organizations these two elements are responsibility of two separate and sometimes competing groups -- the application development and network operations teams.

For years, these two groups have been pointing their fingers at each other when their corporate end-users or executives have complained about poor application response time or availability issues. The application development team has blamed inadequate connectivity (i.e., 'pipes') and the network ops team has attributed the issue to a design flaw.

Part of the problem has been that they have each used their own set of monitoring and measurement tools to track performance, identify problems and diagnosis their root cause. This fragmented approach has too often resulted in fingerpointing rather than problem solving.

Today, a new generation of Cloud-based APM solution providers are discovering that the same organizational chasm exists. In response, they are structuring their sales efforts to target the network and application teams as two separate entities.

Fortunately, the nature of today's Cloud-based apps dictates that the traditional network and application silos disappear. Application optimization in the Cloud is measured by the quality of the end-user experience, and today's empowered corporate end-users as well as their executive counterparts are not going to accept poor application performance over an extended period of time.

So, network and application teams should use today's Cloud-based APM solutions as a mechanism to put aside their differences and start working together more effectively.

Jeffrey Kaplan is the Managing Director of THINKstrategies and Founder of the Cloud Computing Showplace. 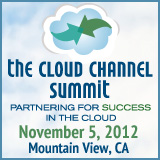