Did Things Get Tougher for IT Ops in the Past 6 Months?
How Expedia Modernized Operations on One of the World's Fastest-Moving IT Stacks
Intelligent Observability for DevOps
Datadog Expands Your Monitoring Reach with Moogsoft Observability Cloud
Healthcare Data Management: Challenges & Opportunities
AIOps Virtual Conference
Unifying IT with Outcome-Aware AIOps Featuring Dennis Drogseth, VP, EMA
Fireside Chat on AIOps Trends and Challenges with Rich Lane, Sr. Analyst, Forrester
AIOps: How to Reduce IT Ticket Volume Using AI-Driven Event Correlation and Alert Noise Reduction
AIOps: Accelerate Incident Resolution with Root Cause Analysis and Contextual Insights
AIOps: Accelerate IT Transformation with Asset Intelligence
Talking AIOPs with CloudFabrix CEO
Dogfooding: How Splunk Uses Its Own APM to Accelerate MTTR
Fireside Chat: The Future of Observability
Simplifying Multicloud with Splunk and Google Cloud's Anthos
Who's Who in IT Incident Management
Ask An Expert: What it Takes to Achieve Modern Infrastructure Monitoring
Harness the Power of AIOps
Augmenting Your QA team with AI
The IT Ops Virtual Summit
Transforming Your IT Experience with AIOps & ITSM
zDesk Remote, Secure and Optimized Work Environment for Healthcare
Supercharging ITSM with AI for Service Reliability
How Secure is Your Remote Enablement?
DevOps & Observability Best Practices
Moogsoft Enterprise 8.0 Live - The Virtual NOC is Here!
Fireside Chat: How AIOps Delivers Business Benefits
Who’s Who in IT Incident Management: The Incident Commander
Fireside Chat: Use Cases and Deployment Tips for AIOps with Observability
IT Ops Demystified: Event Chaos or Enrichment?

Acquiring IT Skills and Keeping Them Up to Date
July 22, 2020

Many people today, especially those graduating with a computer science (CS) or other computing degree think; "I know enough now to get a job doing 'X' and that's me set up." Not quite and for at least two reasons:

■ Jobs in IT are seldom permanently the same ad infinitum because, like a virus, they mutate or morph into a different format. Many people put the half-life of a job as 24 months so in an IT career, one would expect to drift across the computing spectrum of jobs to keep pace with the evolution of computing.

■ Imagine moving into a shiny new specialist subject like AI; great. But wait, can you imagine writing AI algorithms from graduation age, say 20, to somewhere in your 60s? A frightening thought; a specialist frozen in time.

The approach to avoiding this state of affairs is lifelong learning, whereby a person keeps up to date as far as possible to ride the mutation wave and still have a satisfying job. This does not entail going on ponderous course two or three times a year but by assimilating pieces of knowledge "on the fly."

Acquiring IT (or digital) skills does not mean there is a standard level of competence in IT to aspire to which you either have or you don't. IT skill is not a binary entity in that sense and I envisage at least four skill levels for IT oriented people, from beginner to hoary old timer:

1. Awareness of the basic use of IT at the level of computer, data and connections between computers.

2. Acquaintance with these elements and the ability to enter a discussion about the use of computing. This, I feel, is the level that non-IT managers and even executives in enterprises undergoing digital transformation should possess.

3. Overall IT knowledge, analogous to the know-how acquired by students at medical school but not at specialist level. It is a mandatory precursor to any IT specialization.

4. Specialist knowledge in a particular area but only when the person has traversed level 3 above. Ideally, level 4 should be provided by the employer since his requirements of any specialization will vary from some perceived "standard" of their organization's particular one.

How does one acquire skills at the level appropriate to ones' self? Not by reading tomes at various levels; I have tried that and often understand every paragraph I read but still fail to grasp the subject. Sound familiar? It dawned on me that it was better to read a few small articles on the subject, maybe more than once, and eventually you should hit that "Eureka" moment when the topic slips into place.

Keeping Up to Date

What follows is what I learned about learning; over many decades in IT, both at the coal face and later as author and researcher.

This method also allows you to get a consensus on the importance, future and usefulness of a topic or product, thereby eliminating bias and self-praise by a topic fanatic. Not only that, this "little, often and varied" approach allows people to pick up a topic, be it hardware, software or techniques, at various levels of difficulty since the nature of the topic is rarely fully explained in a single article. Scanning several brief sources very often puts the theme together like the pieces of a jigsaw and the subject becomes clear since you will subconsciously "fill in the understanding blanks" as you read. If it doesn't maybe you are in the wrong field of endeavor.

Some years ago, I planned to write a book and wrote a glossary for it. The book never happened but the glossary lived on, was kept current along with my reading and the result was an Amazon Kindle eBook, with topics in the original alphabetic order. It was structured with an overview of each topic followed by reference links to articles, books and videos at various levels of difficulty and marked accordingly.

This allows the novice to pick their way through without suffering a brain explosion and the 'expert' to flex their IT muscles on the heavy stuff. In truth, they will take a peek at the easy stuff and still learn something, I'm sure you will; I learned a lot in compiling it. It is one way of keeping up to date and even learning a topic from scratch.

If you think you know it all already, remember this poignant quotation: The baseball manager Earl Weaver once said, "It's what you learn after you know it all that counts."

A Sample of the eBook

The following is an extract from the eBook which serves to show the structure and scope of the contents. Not every topic is as detailed but important ones give several references in pursuit of little, often and varied.

blockchain: "Blockchains are immutable digital ledger systems implemented in a distributed fashion (i.e. without a central repository) and usually without a central authority. At their most basic level, they enable a community of users to record transactions in a ledger that is public to that community, such that no transaction can be changed once published. This technology became widely known starting in 2008 when it was applied to enable the emergence of electronic currencies where digital transfers of money take place in distributed systems. It has enabled the success of e-commerce systems such as Bitcoin, Ethereum, Ripple, and Litecoin. Because of this, blockchains are often viewed as bound to Bitcoin or possibly e-currency solutions in general. However, the technology is more broadly useful and is available for a variety of applications." [NIST]

There is a more formal NIST definition in the link following but I feel it is not as clear as the above paragraph from the same document.

Another informative definition comes from an Hf\report:
"Blockchain is a distributed ledger used to maintain a continuously growing list of records, called blocks. Each block contains a timestamp and a link to a previous block. By definition, blockchains are inherently resistant to modification of the data. Once recorded, the data in any given block cannot be altered retroactively without the alteration of all subsequent blocks and a collusion of the network majority." 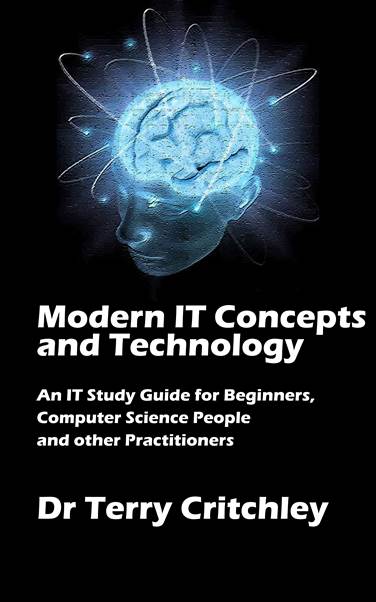 User experience is a big deal. For public-facing interfaces, the friction of a bad customer experience can send potential business to your competitors. For IT services delivered within your organization, bad UX is one of the main drivers of shadow IT ...

When we talk about accelerated digital transformation, a lot of it is embodied in the move to cloud computing. However, the "journey to cloud" will not be uniform across organizations and industries, says Sendur Sellakumar, Splunk's CPO and SVP of Cloud. The uncertainty of the pandemic means that in 2020, many organizations tried to rein in spending to get some last value out of existing infrastructure investments. Yet some things you can't skimp on ...

The Model T automobile was introduced in 1908 ... Within a few years, competitors arrived on the scene including relic names such as Overland, Maxwell, and names that survived like Buick and Dodge. So, what does this have to do with the hybrid cloud market? From a business perspective — a lot ...

DevOps Institute announced the launch of the 2021 SRE Survey in collaboration with Catchpoint and VMware Tanzu. The survey will result in a more in-depth understanding of how SRE teams are organized, how they are measured, and a deep dive into specific automation needs within SRE teams ...

Protecting Your Business - Critical Data in the Data-Driven Economy
February 25, 2021

Organizations use data to fuel their operations, make smart business decisions, improve customer relationships, and much more. Because so much value can be extracted from data its influence is generally positive, but it can also be detrimental to a business experiencing a serious disruption such as a cyberattack, insider threat, or storage platform-specific hack or bug ...