According to a recent IT at Work: 2022 and Beyond study, there have been a few silver linings to the pandemic.

Commissioned by ManageEngine and market research agency Vanson Bourne, this study reached 3,300 IT and business decision makers from organizations across the globe — 500 of whom were from the United States and Canada. The study revealed some intriguing trends, which will be discussed in turn. 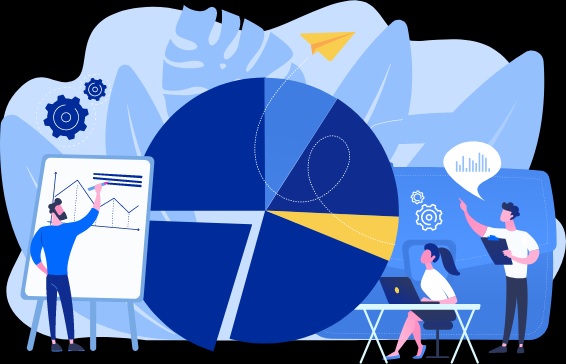 More collaboration between business departments and IT teams

North American business decision makers (BDMs) were asked how frequently they collaborated with other internal departments, and nearly four in ten (37%) reported that they were most likely to collaborate with the IT department.

More IT knowledge across the board

This increased collaboration between IT decision makers (ITDMs) and BDMs has also led to an increase in IT knowledge across the board. In fact, the majority of all decision makers (76%) agree that their non-IT employees are now more knowledgeable about IT than they were before 2020.

IT decentralization is driving the increase in collaboration

IT departments are increasingly being decentralized. Although this is happening across the globe, decentralization is particularly prevalent in North America.

Nearly three quarters (74%) of North American ITDMs say they have successfully decentralized their IT structure. This percentage is notably higher than the global average (64%). That said, some companies may want to consider pumping the brakes on decentralization, as nearly as all ITDMs (99%) believe their organization will face challenges should they continue to decentralize.

Democratization of IT also continues to increase

The democratization of IT — how non-IT employees oversee their own tool choices, process automation, and technology operations — has increased dramatically. All employees, not just IT personnel, now have a stake in how technologies are chosen, configured, deployed, and used.

As a caveat, not all of the survey results were rosy, and there are a few issues companies should try to address.

According to the survey results, 58% of IT leaders in the U.S. and Canada are actively looking for a new job. Aside from Spain, this North American percentage was higher than any other region. Although there surely are several factors at play here, the vast majority of ITDMs (81%) stated that their company should have supported them more over the last two years.

Despite this troubling statistic, IT personnel do appear to be valued quite highly, and nearly all (89%) decision makers understand that their IT department's success is directly correlated with the organization's overall success. Moreover, 57% of decision makers said they believe that IT's role will continue to be appreciated.

Additionally, over the past two years, there has been an increase in general IT knowledge across the board, and IT democratization has increased drastically as well. Increasingly more non-IT employees are building their own tool choices, and many are working with low-code and no-code platforms.

All that said, executives of all stripes should continue to support and recognize their IT personnel, especially seeing as the success of the overall organization relies more and more on IT.

Rajesh Ganesan is President of ManageEngine