IoT adoption is growing rapidly, and respondents believe 30% of their company’s revenue two years from now will be due to IoT, according to the new IoT Signals report from Microsoft Corp.

Yet, Microsoft also notes that the industry faces a significant IoT skills gap, as well as complexity and security challenges that may compromise business benefits to IoT if not addressed. 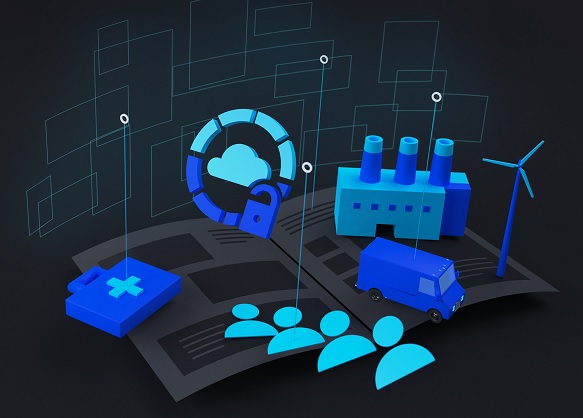 “IoT is transforming businesses in every industry and is powering breakthrough innovations,” said Sam George, Head of Azure IoT. “Our research shows that unlocking IoT’s full potential requires the industry to address key challenges like the skills shortage, security concerns and solution complexity. Microsoft is leading the way on simplifying and securing IoT so that every business on the planet can benefit.”

■ 85% of respondents are in IoT adoption, and three-fourths of these have IoT projects in planning.

■ Among IoT adopters, 88% believe IoT is critical to business success.

■ IoT adopters believe they will see a 30% ROI, inclusive of cost savings and efficiencies, two years from now.

■ Nearly all IoT adopters — 97% — have security concerns when implementing IoT, but this is not hindering adoption.

■ 38% of IoT adopters cite complexity and technical challenges to using IoT as a barrier to furthering their IoT adoption.

■ Lack of talent and training present challenges for half of IoT adopters, and 47% say there are not enough available skilled workers.

■ Respondents believe critical technology drivers for IoT success in the next two years are AI, edge computing and 5G.

■ Nearly one-third of projects (30%) fail in the proof-of-concept stage, often because implementation is expensive or bottom-line benefits are unclear.

The proliferation of IoT devices is enabling companies to bring cloud intelligence to the edge, to create solutions that are adaptive and responsive to their environments.

“According to IDC’s Worldwide Global DataSphere IoT Devices and Data Forecast, IDC expects there to be 41.6 billion connected IoT devices by 2025 — growing at a rate of 8.9% over the forecast period,” said Carrie MacGillivray, Group VP, IoT, 5G and Mobility at IDC. “As the market continues to mature, IoT increasingly becomes the fabric enabling the exchange of information from ‘things’ to people and processes. Data becomes the common denominator — as it is captured, processed, and used from the nearest and farthest edges of the network to create value for industries, governments, and individuals’ lives.”

Methodology: Microsoft surveyed over 3,000 IoT decision-makers in enterprise organizations in order to give the industry a holistic, market-level view of the IoT ecosystem, including adoption rates, related technology trends, challenges, and benefits of IoT.

Read the Full Report from Microsoft (No Registration Required)