Modernize Your TIBCO BusinessWorks Application for Cloud
TIBCO® Responsive Application Mesh: The Blueprint for a Modern Application Architecture
Kafka, Events, and the Future of Application Development
Implementing end-to-end API lifecycle with TIBCO Cloud™ Integration
The IT Ops Virtual Summit
Transforming Your IT Experience with AIOps & ITSM
The Next Normal: Can We Be Remote and Productive Forever?
zDesk Remote, Secure and Optimized Work Environment for Healthcare
How Secure is Your Remote Enablement?
DevOps & Observability Best Practices
Moogsoft Enterprise 8.0 Live - The Virtual NOC is Here!
Fireside Chat: How AIOps Delivers Business Benefits
Who’s Who in IT Incident Management: The Incident Commander
Fireside Chat: Use Cases and Deployment Tips for AIOps with Observability
Increase Efficiency and Reduce Cost and Risks with XLAs for SAP
IT Ops Demystified: Event Chaos or Enrichment?
Moogsoft Express Live - The AIOps & Observability Solution for Cloud-First Companies is Here
An Overview of Roles in Incident Management
IT Ops Demystified: Can Observability Improve IT Ops?
DevOps Open Source Insights and Innovations - Splunk Virtual Event
Future-Proof Your Applications with a Redefined APM Approach
How to Ensure the Performance of Your Cloud-Native Apps
The Future of APM: Bigger, Smarter, More Integrated
Do Legacy Root Cause Analysis (RCA) Techniques Still Work for Modern, Fast-Moving IT?
Can AIOps Reduce the Noise?
Make the Most of Your APM/NPM Tools with AIOps
Autonomous or Bust - What Is The Future of IT Operations?
Can AIOps Cure Your Service Desk Problems?

How Close Are We To Achieving a Monitoring Integration Strategy? A Survey
September 06, 2018

In a June 2018 survey of over 400 IT professionals within the VMware User Group community, Blue Medora took a closer look at how various metric collection strategies and access to Dimensional Data impacts IT success. We started with one question: How important is your monitoring integration strategy?

The big takeaway — many organizations are running multiple monitoring tools in an effort to get the appropriate data depth and context they need across their entire IT stack. Sixty percent of respondents are already running three or more monitoring systems and 50% of them plan to consolidate monitoring tools in the next 18 months.

But despite that, two-thirds of IT ops teams still lack visibility into the external resource relationships and three-quarters lack access to component-level data resolution, resulting in more downtime than peers using monitoring integrations that provide this critical capability.

70% of respondents said most of their monitoring integrations were not compatible with more than one monitoring platform — a leading cause of metric silos in many organizations. 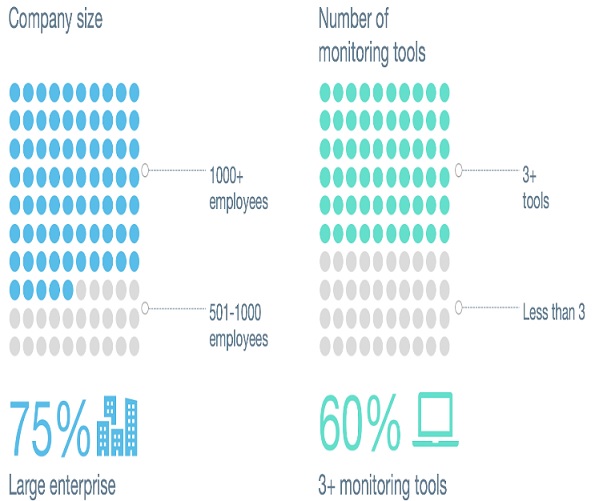 Figure 1: A breakdown of responses to the question "How many unique monitoring platforms do you have in use within your environment?"

Half of respondents indicated that they were trying to consolidate — perhaps in search of that elusive "single source of monitoring truth," but others had no near-term plans to decrease the number of monitoring tools. Some of the reasons they gave for sticking with all the tools they have included:

70% of respondents said most of their monitoring integrations were not compatible with more than one monitoring platform, but demand is on the rise. Of that majority, 62% plan to make multi-platform metrics a reality in the near future.

Figure 2: Respondents’ current access to metrics across multiple platforms (without customization) is currently in the minority, but could move to the majority within the next two years.

The multi-platform adoption stats are particularly interesting when taken in context with the monitoring and tool consolidation stats in key finding one. For those not interested or planning to consolidate tools (again about half of the respondents in the survey) another path to eliminating metric silos has emerged--giving all monitoring platforms universal access to the same data set.

But back to that first question — How important is your monitoring integration strategy? We were surprised how much monitoring integrations impact respondents’ business. We’d heard it in conversations over the years but had never crunched the numbers. In four out of the five areas we examined, including productivity, utilization, downtime and cost savings the answer to our question was overwhelmingly yes.

Nearly 40% of the top performers in utilization and productivity gains had fully deployed Dimensional Data. 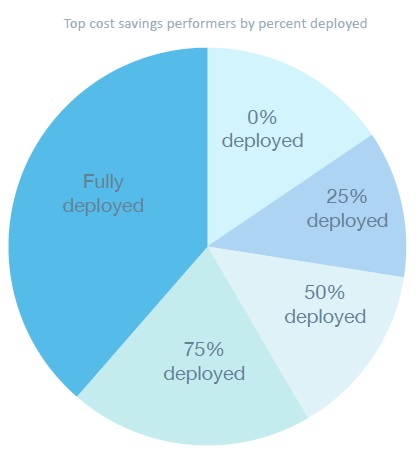 Figure 3: Of those reporting greater than $100k savings each year due to their monitoring integration strategy, 39% had fully deployed a dimensional data stream.

It seems most monitoring research focuses on the efficacy of monitoring platforms or analytics engines but doesn’t spend a great deal of time looking at the data that goes into them. This research supported the idea that universal access to a Dimensional Data stream or other integration strategy that includes metric breadth, depth and context will likely have a positive context on key business measures like IT productivity, utilization, cost savings and downtime.

About the Survey: Blue Medora partnered with the VMware User Group (VMUG) to survey 410 of the group’s members about the current and near-future state of monitoring integration in their environment. All had IT responsibilities at organizations with over 500 employees. 76% of respondents held an admin or architect role within the IT organization.

Moria Frederickson is Director of Marketing at Blue Medora

IT teams critically require better visibility into the network driven by a number of factors, including tremendous disruption from the COVID-19 pandemic, relentless technological advances, remote working reaching an all-time high and the expanding security threatscape, according to State of the Network 2020, a study conducted by VIAVI Solutions ...

Mobile commerce offers several benefits for retailers. But all this potential can only be fully realized if retailers can manage the associated challenges that mobile commerce introduces. Anyone involved in the development, operation or troubleshooting of a mobile shopping app needs to be aware of the three following technical obstacles and plan accordingly ...

IT Budgets Rebound, Reflecting Importance of Technology During Pandemic
October 20, 2020

Although cost control/expense management remains top of mind, organizations are realizing the necessity of technology solutions to enable them to steer the business during these turbulent times, according to IDG's CIO Pandemic Business Impact Study ...

The COVID-19 pandemic has compressed six years of modernization projects into 6 months. According to a recent report, IT leaders have accelerated projects aimed at increasing productivity and business agility, improving application performance and end-user experience, and driving additional revenue through existing channels ...

There is no doubt that automation has become the key aspect of modern IT management. The end-user computing market is no exception. With a large and complex technology stack and a huge number of applications, EUC specialists need to handle an ever-increasing number of changes at an ever-increasing rate. Many IT organizations are starting to realize that they can no longer control the flow of changes. It is time to think about how to facilitate change ...

Starting this September, the lifespan of an SSL/TLS certificate has been limited to 398 days, a reduction from the previous maximum certificate lifetime of 825 days. With this change, everyone needs to more carefully monitor SSL certificate expiration and server characteristics ...

Nearly 6 in 10 responding organizations have accelerated their digital transformations due to the COVID-19 pandemic, according to The IBM Institute for Business Value study COVID-19 and the Future of Business ...

Two-thirds (67%) of those surveyed expect the sheer quantity of data to grow nearly five times by 2025, according to a new report from Splunk: The Data Age Is Here. Are You Ready? ...

Gaming introduced the world to a whole new range of experiences through augmented reality (AR) and virtual reality (VR). And consumers are really catching on. To unlock the potential of these platforms, enterprises must ensure massive amounts of data can be transferred quickly and reliably to ensure an acceptable quality of experience. As such, this means that enterprises will need to turn to a 5G infrastructure powered by an adaptive network ...

A distributed, remote workforce is the new business reality. How can businesses keep operations going smoothly and quickly resolve issues when IT staff is in San Jose, employee A is working remotely in Denver at their home and employee B is a salesperson still doing some road traveling? The key is an IT architecture that promotes and supports "self-healing" at the endpoint to take care of issues before they impact employees. The essential element to achieve this is hyper-automation ...