Increase Efficiency and Reduce Cost and Risks with XLAs for SAP
September 24, 2020
How Secure is Your Remote Enablement?
September 24, 2020
The IT Ops Virtual Summit
September 30, 2020
Supercharging ITSM with AI for Service Reliability
October 07, 2020

The Next Normal: Can We Be Remote and Productive Forever?
zDesk Remote, Secure and Optimized Work Environment for Healthcare
DevOps & Observability Best Practices
Moogsoft Enterprise 8.0 Live - The Virtual NOC is Here!
Fireside Chat: How AIOps Delivers Business Benefits
Who’s Who in IT Incident Management: The Incident Commander
Fireside Chat: Use Cases and Deployment Tips for AIOps with Observability
IT Ops Demystified: Event Chaos or Enrichment?
Moogsoft Express Live - The AIOps & Observability Solution for Cloud-First Companies is Here
An Overview of Roles in Incident Management
IT Ops Demystified: Can Observability Improve IT Ops?
I Have an SLO. Now What?
DevOps Open Source Insights and Innovations - Splunk Virtual Event
Future-Proof Your Applications with a Redefined APM Approach
How to Ensure the Performance of Your Cloud-Native Apps
The Future of APM: Bigger, Smarter, More Integrated
Do Legacy Root Cause Analysis (RCA) Techniques Still Work for Modern, Fast-Moving IT?
Can AIOps Reduce the Noise?
Make the Most of Your APM/NPM Tools with AIOps
Autonomous or Bust - What Is The Future of IT Operations?
Can AIOps Cure Your Service Desk Problems?

The Internet of Things (IoT) is increasingly present in our daily lives, at work, in the home and in the public sphere, making the world a more connected place. In fact, 2020 will see at least 20 billion connected devices across the globe.

So, let's take a look at the most common iterations of the IoT at the moment, and what we can expect to see in the IoT landscape over the next 5 years. 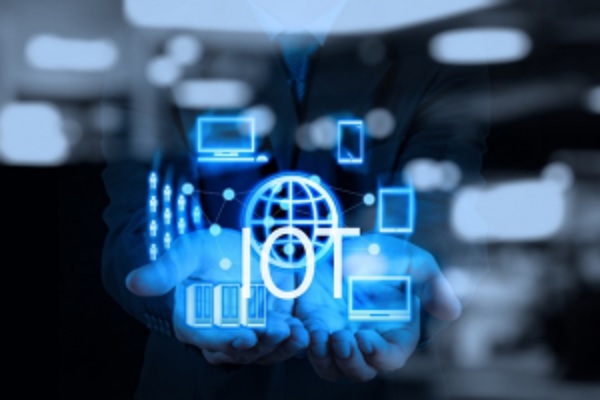 In Our Homes
Many people's first experience of the IoT comes from their domestic life. There are hundreds of connected devices available to buy without breaking the household budget, from Google's Assistant software to smart "Nest" thermostats. People can use their voices to control their surroundings, making their homes and lives more connected than ever before. Smart homes also give us extra peace of mind, as IoT-enabled tech can connect owners to their home at all times.

On Our Wrists
Thanks to wearable technology, more people are starting to carry IoT capability around with them. Smartwatches like the Apple Watch mean our wrists are now synched with mobile devices and associated services. Additionally, the proliferation of wearable fitness trackers such as Fitbit, which provide instant data about users' workouts, has changed the face of the wider fitness space.

The world of work is changing to accommodate wearable IoT devices too. Employers are now introducing wearables into the office and onsite workplaces, allowing remote information sharing and optimization of employee processes.

What can we expect over the next five years?

In Our Cities
As IoT tech is adopted within the home, we'll also begin to see its application in wider urban neighborhoods, towns and cities. "Smart cities" will streamline services and improve infrastructure – provided they have the right connections and data. Issues like traffic congestion and pollution are among the problems the IoT can solve when smart technology is built into a city. Early schemes are already at work in Barcelona and Southampton, UK – other cities are sure to follow suit with innovative and smart technology over the next few years.

On Our Roads
Most high-end cars being sold today already have a high degree of connectivity, and the automotive industry is not going to slow down in delivering optimal user experience and embracing the IoT. Car manufacturers over the next five years will drive a revolution in how people both buy and use their vehicles. Increased accessibility will mean you can adjust car temperature, check mileage, or even start the ignition from an app. Also, with more control over cars at all times, users will benefit from better security.

The IoT is transforming every day physical objects like phones, watches and cars and creating an ecosystem of information that will enrich our lives. As more and more things enter into the digital fold, the IoT is en route to becoming the defining disruptive technology of our time.

Sven Hammar is Chief Strategy Officer and Founder of Apica

Hear About the Real Value of AIOps - Listen to the AI+ITOPS Podcast
September 25, 2020

Michael Olson on the AI+ITOPS Podcast: "I really see AIOps as being a core requirement for observability because it ... applies intelligence to your telemetry data and your incident data ... to potentially predict problems before they happen."

Observability: The Next Frontier for AIOps
September 24, 2020

Enterprise ITOM and ITSM teams have been welcoming of AIOps, believing that it has the potential to deliver great value to them as their IT environments become more distributed, hybrid and complex. Not so with DevOps teams. It's safe to say they've kept AIOps at arm's length, because they don't think it's relevant nor useful for what they do. Instead, to manage the software code they develop and deploy, they've focused on observability ...

The post-pandemic environment has resulted in a major shift on where SREs will be located, with nearly 50% of SREs believing they will be working remotely post COVID-19, as compared to only 19% prior to the pandemic, according to the 2020 SRE Survey Report from Catchpoint and the DevOps Institute ...

In Episode 8, Michael Olson, Director of Product Marketing at New Relic, joins the AI+ITOPS Podcast to discuss how AIOps provides real benefits to IT teams ...

The Future of APM, AIOps and Observability - Listen to the AI+ITOPS Podcast
September 18, 2020

Will Cappelli on the AI+ITOPS Podcast: "I'll predict that in 5 years time, APM as we know it will have been completely mutated into an observability plus dynamic analytics capability."

AIOps Across 17 Vendors: What the Data Shows
September 17, 2020
One of the benefits of doing the EMA Radar Report: AIOps- A Guide for Investing in Innovation was getting data from all 17 vendors on critical areas ranging from deployment and adoption challenges, to cost and pricing, to architectural and functionality insights across everything from heuristics, to automation, and data assimilation ...
Updates, Updates, Updates: How to Fireproof Your Business-Critical Software
September 16, 2020

When you consider that the average end-user interacts with at least 8 applications, then think about how important those applications are in the overall success of the business and how often the interface between the application and the hardware needs to be updated, it's a potential minefield for business operations. Any single update could explode in your face at any time ...

Despite the efforts in modernizing and building a robust infrastructure, IT teams routinely deal with the application, database, hardware, or software outages that can last from a few minutes to several days. These types of incidents can cause financial losses to businesses and damage its reputation ...

In Episode 7, Will Cappelli, Field CTO of Moogsoft and Former Gartner Research VP, joins the AI+ITOPS Podcast to discuss the future of APM, AIOps and Observability ...