Did Things Get Tougher for IT Ops in the Past 6 Months?
How Expedia Modernized Operations on One of the World's Fastest-Moving IT Stacks
Intelligent Observability for DevOps
Datadog Expands Your Monitoring Reach with Moogsoft Observability Cloud
Healthcare Data Management: Challenges & Opportunities
AIOps Virtual Conference
Unifying IT with Outcome-Aware AIOps Featuring Dennis Drogseth, VP, EMA
Fireside Chat on AIOps Trends and Challenges with Rich Lane, Sr. Analyst, Forrester
AIOps: How to Reduce IT Ticket Volume Using AI-Driven Event Correlation and Alert Noise Reduction
AIOps: Accelerate Incident Resolution with Root Cause Analysis and Contextual Insights
AIOps: Accelerate IT Transformation with Asset Intelligence
Talking AIOPs with CloudFabrix CEO
Dogfooding: How Splunk Uses Its Own APM to Accelerate MTTR
Fireside Chat: The Future of Observability
Simplifying Multicloud with Splunk and Google Cloud's Anthos
Who's Who in IT Incident Management
Ask An Expert: What it Takes to Achieve Modern Infrastructure Monitoring
Harness the Power of AIOps
Augmenting Your QA team with AI
The IT Ops Virtual Summit
Transforming Your IT Experience with AIOps & ITSM
zDesk Remote, Secure and Optimized Work Environment for Healthcare
Supercharging ITSM with AI for Service Reliability
How Secure is Your Remote Enablement?
DevOps & Observability Best Practices
Moogsoft Enterprise 8.0 Live - The Virtual NOC is Here!
Fireside Chat: How AIOps Delivers Business Benefits
Who’s Who in IT Incident Management: The Incident Commander
Fireside Chat: Use Cases and Deployment Tips for AIOps with Observability
IT Ops Demystified: Event Chaos or Enrichment?

Monitoring Pokémon Go: When Your App Breaks All Records
August 03, 2016 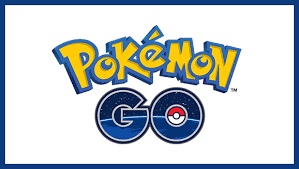 In July 2016, the world of gaming was taken over by a new phenomenon – Pokémon Go. Within a matter of days "augmented reality" became mainstream and the app, which was launched mainly in the US and Australia, overtook Tinder and Twitter in the total number of downloads. Pokémon Go surpassed the wildest expectations of its creators, Niantic Labs, and then some.

With popularity comes scale, and with scale comes an overload of requests to the gaming servers. If you are not prepared enough, requests fail and users are frustrated. Frustrated with Pokémon Go crashes, laymen were talking about server status and memes were being created and circulated on social networks. Overnight, websites spun up just to report if the game was up or down in different countries. Being closely related to the APM space, my head was drawing up various ways in which Pokémon Go was perhaps addressing the issue and what monitoring they had to put in place to retain their popularity. Here is my list of probable solutions Pokémon Go could employ to improve the experience for their users and avid fans:

The first and most important question: Is the application up or down, and can users login from around the world?

A game this popular would need to ensure a five nine availability and high Apdex score. With synthetic end-user monitoring, simulated tests can be run from around the world to check for availability and response time as often every few seconds. The simulations can allow you to login to the app and interact with the app as a gamer would.

For example if a user is catching a Pokémon, he makes a HTTP request to an API “catchPokemon” with a set of parameters. Continuously checking if these HTTP requests return a valid response code within a reasonable amount of time ensures the “catching a pokemon” capability is functioning right. This ensures problems are detected and fixed proactively. Synthetic monitoring also helps determine if an issue was due to network latency.

Pokémon Go is a mobile game that is accessed only from mobile devices. Hence Mobile End User Monitoring with crash analytics is imperative to rapidly scope the problem.

Data points – such as how often did crashes occur; what devices, OS and applications versions were being used when the crash occurred; and which geographies did the user come from – are extremely essential to isolate the problem. For example, insights such as “crashes between 6 and 6:30 PM PST were happening from iOS v9 users on West Coast specifically when users attempted to transfer a Pokemon” gives an instant problem scope to delve deeper into.

Further, by tracing individual requests, one can delve into exactly what line of code or what services/microservices could have impacted a particular crash. This data becomes even more insightful if it can be correlated with Twitter sentiment analysis.

A comparison between response time trends and throughput is also another good data point to evaluate if slow responses were due to extra load or an application bug.

In order to deal with scale, the infrastructure to support the game needs to be monitored to spot bottlenecks easily. This requires automatic discovery and health check of all the components that the game runs on.

Considering auto-scaling and high resiliency failover will probably be turned on to cater to the load, the discovery needs to be truly dynamic to track any new nodes that come up. A dynamically discovered topology could have multiple components such as application servers, web servers, databases, load balancers, content distribution networks etc. Memory leaks, CPU consumption, database I/O and space utilization, queues and deadlocks are metrics whose trends need to be monitored continuously with automatic baselines to help identify deviation from normal. Additionally, tracking and correlating log errors via log analysis from these various resources can help diagnose issues rapidly.

4. Predictive anomaly detection for the future

With sudden popularity, one thing that is bound to go out of control is a flood of alerts. To reduce alert noise and ensure that right issues are being worked on, there is the need to have intelligent monitoring alerts. Alerts should be generated based on analyzing, correlating and de-duplicating a set of events and should present sufficient information to enable faster debugging.

As an advanced setup, Pokémon Go monitoring should enable predictive anomaly detection to predict trends on capacity and consumption of backend resources much before they become issues.

User experience is a big deal. For public-facing interfaces, the friction of a bad customer experience can send potential business to your competitors. For IT services delivered within your organization, bad UX is one of the main drivers of shadow IT ...

When we talk about accelerated digital transformation, a lot of it is embodied in the move to cloud computing. However, the "journey to cloud" will not be uniform across organizations and industries, says Sendur Sellakumar, Splunk's CPO and SVP of Cloud. The uncertainty of the pandemic means that in 2020, many organizations tried to rein in spending to get some last value out of existing infrastructure investments. Yet some things you can't skimp on ...

The Model T automobile was introduced in 1908 ... Within a few years, competitors arrived on the scene including relic names such as Overland, Maxwell, and names that survived like Buick and Dodge. So, what does this have to do with the hybrid cloud market? From a business perspective — a lot ...

DevOps Institute announced the launch of the 2021 SRE Survey in collaboration with Catchpoint and VMware Tanzu. The survey will result in a more in-depth understanding of how SRE teams are organized, how they are measured, and a deep dive into specific automation needs within SRE teams ...

Protecting Your Business - Critical Data in the Data-Driven Economy
February 25, 2021

Organizations use data to fuel their operations, make smart business decisions, improve customer relationships, and much more. Because so much value can be extracted from data its influence is generally positive, but it can also be detrimental to a business experiencing a serious disruption such as a cyberattack, insider threat, or storage platform-specific hack or bug ...

IT Downtime Increases During Pandemic
February 24, 2021

Previously siloed IT teams and technologies are converging as enterprises accelerate their modernization efforts in reaction to COVID-19, according to a study by LogicMonitor ...

You surf the internet, don't you? While all of us are at home due to Covid lock-down and accepting a new reality, the majority of the work is happening online. IT managers are looking for tools that can track the user digital experience. Executives are reading a report from Gartner or Forrester about some of the best networking monitoring solutions available on the market. Project managers are using Microsoft Teams online to communicate and ensure team members are meeting deliverables on time. Remote employees everywhere use OWA to check their office mails. No matter what, you can be quite sure that everyone is using their favorite browser and search engine for connecting online and accomplish tasks ...

With the right solutions, teams can move themselves out of the shadows of error resolution and into the light of innovation. Observability data, drawn from their systems and imbued with context from AI, lets teams automate the issues holding them back. Contextualized data and insights also give them the language to speak to the incremental, product-led approach and the direction to drive key innovations in customer experience improvement. Communicating value becomes a much easier proposition for DevOps practitioners — and they can take their seat at the company table as contributors to value ...

Prediction: Successful organizations will blur (or erase) the line between ITOps and DevOps. DevOps has to coexist with traditional IT operations ... So bring a little DevOps to every aspect of IT operations. You don't even have to call it DevOps ...

The use of unified communications and collaboration (UC&C) solutions has increased since the start of the pandemic, and this increased use has created challenges for IT teams, according to a survey commissioned by NETSCOUT SYSTEMS ...