Aryaka has been producing its annual State of the WAN report for six years now. This year's report, the most ambitious yet, surveyed 1,600 global enterprise decision makers from a cross section of verticals about the current and future use of their WANs. This blog highlights the report's four most compelling findings; enterprises are betting on hybrid workplaces; technology investments are on the rise with a focus on digital transformation; increased focus on visibility, observability and management; and the progression/concerns around secure access service edge (SASE) adoption.

The Hybrid Workforce is Here to Stay

While the pandemic forced enterprises to uproot their traditional network infrastructures to better accommodate masses of people working from home or alternate locations, they are coming to grips with a new reality including many issuing decrees that many employees may never return to the office. 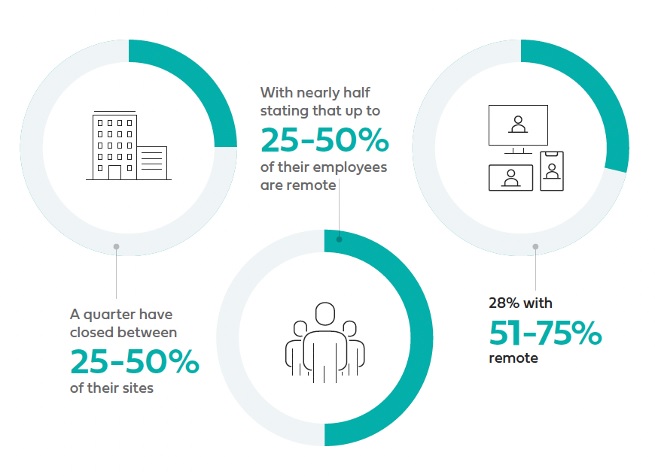 The above figure illustrates that no matter where an enterprise is in their network evolution, they are putting a lot of emphasis on employee productivity. And they're doing it through predictable connectivity and collaboration platforms. This has led to increased investments in the WAN, security stack and other infrastructure requirements.

Those enterprises putting money behind real estate are doing so with the mindset to avoid duplicity and cost stacking. As they navigate this change, dynamic bandwidth allocation between sites and users, as-a-service consumption models, and cloud-delivered centralization are all becoming the new standard.

Technology Investments are Up as is the Focus on Digital Transformation

Enterprises that have historically been cost-conscious are now seeing new technologies as a key competitive differentiator. This is seen by their acceleration in spending. But, due to supply chain disruptions, chip shortages and more, we're seeing new initiatives slow down, which is also slowing their pace towards digital transformation. For example, any money saved from real estate, utilities, travel reductions and more are being invested into technology stacks that push transformative initiatives that are keeping their overall budget the same. 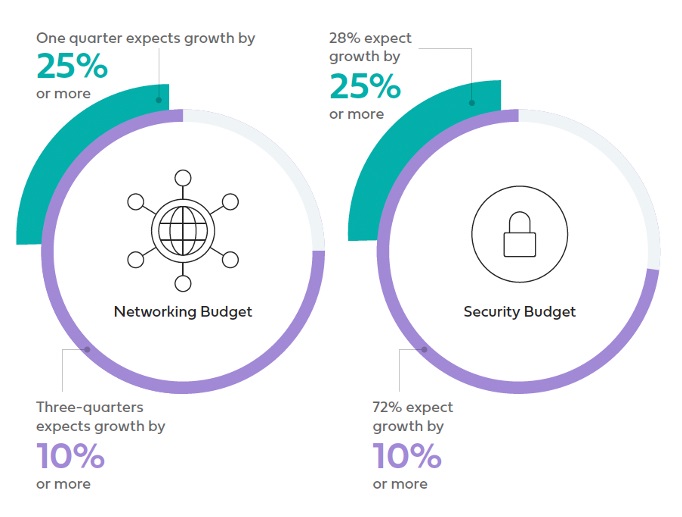 In the figure above, it's clear that enterprise cost savings have had a firm impact on network and security budgets. 25% of those surveyed are expecting their budgets to go up by 25% or more, while just about all predicting at least a 10% spike in investments in their network and security infrastructure. What's more, the data shows investment/consolidation occurring with collaboration software, productivity tools and cross-company planning initiatives. This makes sense when looking at it from a hybrid workforce perspective. Microsoft Office 365 and Microsoft Teams have become more popular over the last year, and SaaS applications have taken off.

This trend will only speed up cloud-first adoption and will further accelerate SD-WAN adoption and maybe even lay the groundwork for SASE adoption.

The speed of change enterprises have seen during the pandemic has resulted in network architectural shifts that include moving on prem deployments to the cloud, cloud-native application modernization, changes to network security architectures, the shift to as-a-service consumption models, and the unification of formerly siloed technologies. 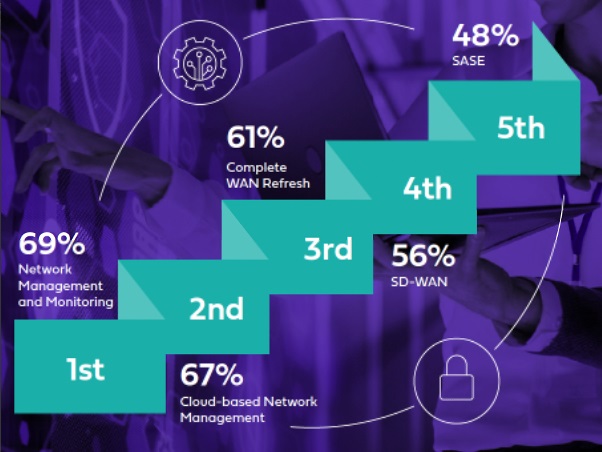 The survey data really highlighted that enterprise IT operations are looking for increased visibility in these changing times. That, along with monitoring and management are being prioritized. Historically, they had all been considered afterthoughts. In short, today, it's all about observability.

On a positive note, the "promise" of SASE architectures is compelling. Due to time and cost savings, increased agility, etc., many of those surveyed believe SASE is a tangible option. (See figure 4) Of course, there are those who are more pragmatic, and understand that the shift to SASE is not going to happen overnight, as it will require much planning and evaluating all risk. They know the immense complexity around security and core connectivity. (See figure 5) Those who have rallied behind a multi-vendor strategy, also feel that trusting a single vendor to do everything is a bit concerning. What's not surprising is the growth we're seeing in enterprises evaluating managed SASE solution providers that include SLAs as-a-service. 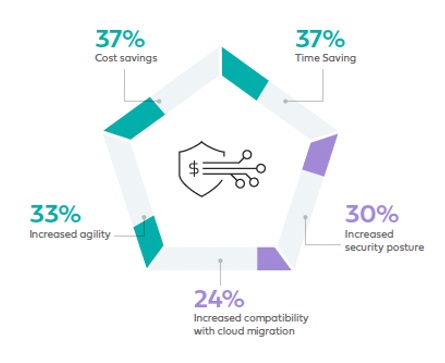 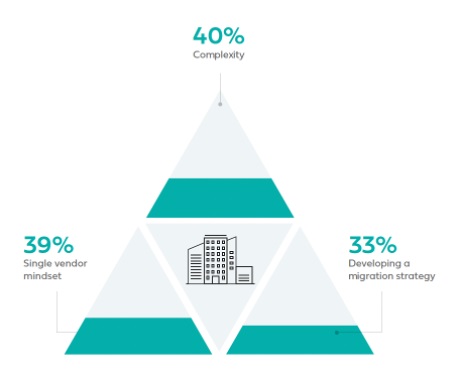