Ask An Expert: What it Takes to Achieve Modern Infrastructure Monitoring
December 10, 2020 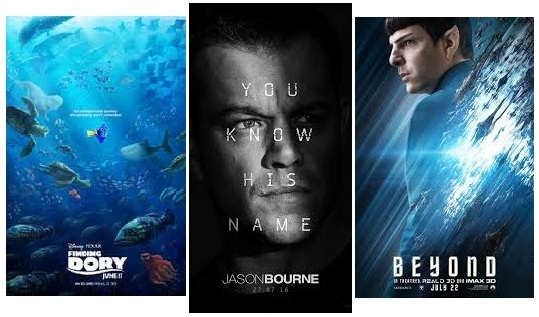 As Americans head to the theatres this summer, sites and apps selling tickets to the hottest releases of the season must be ready to handle the huge demand that comes with it, or they risk losing customers and revenue. Our study confirmed that Americans demand movie ticketing websites and apps that are never down and always fast – especially during the peak summer blockbuster season – and many Americans won’t hesitate to move on to a competitor website or app if they aren’t satisfied with their performance.

More than half (62 percent) of Americans would be disgruntled if they were purchasing movie tickets and the website or app went down, and nearly all (90 percent) agreed that movie ticketing websites and apps should have zero downtime this summer.

The study revealed that 39 percent of Americans who encounter problems while trying to purchase movie tickets using websites or apps will be quick to move on to a competitor. Members of the tech community were particularly intolerant of digital performance issues – 45 percent said they would visit a competitor site or app if a movie reservation system was experiencing downtime.

Other top responses to encountering downtime on a movie ticketing website/app included:

In spite of viral hype, Americans won’t be rushing out to see Ghostbusters this summer. Instead, when asked which movies they’ll be going online to purchase tickets, Americans first said Finding Dory and then Star Trek.

Top five movies Americans are excited to see this summer:

Independence Day 2 moved up the list considerably among Americans working in tech, who picked it as their first choice (43 percent) followed by Star Trek (38 percent).

With a vote of 8 percent each, the fewest Americans are excited to see The Conjuring 2 and Mike & Dave Need Wedding Dates.

Michelle McLean is VP of Marketing at ScaleArc.

Shoppers Have High Expectations for Performance on Black Friday
November 24, 2020

Shoppers are heading into Black Friday with high expectations for digital experiences and are only willing to experience a service interruption of five minutes or less to get the best deal, according to the 2020 Black Friday and Cyber Monday eCommerce Trends Study, from xMatters ...

Digital Experience Monitoring (DEM) has become significant to businesses more than ever. Global events like Covid continue to disrupt best practices within IT to support business. The pandemic has already forced millions of employees to WFH and adopt a hybrid workspace. Network connectivity and cloud application issues in these environments will continue to impact productivity and slow progress. Even so, transparent migration and deployment of on-premise workloads across multi-cloud providers, by their very nature are complex ...

APMdigest posed the following question to the IT Operations community: How should ITOps adapt to the new normal? In response, industry experts offered their best recommendations for how ITOps can adapt to this new remote work environment. Part 5, the final installment in the series, covers open source and emerging technologies ...

APMdigest posed the following question to the IT Operations community: How should ITOps adapt to the new normal? In response, industry experts offered their best recommendations for how ITOps can adapt to this new remote work environment. Part 4 covers monitoring and visibility ...

APMdigest posed the following question to the IT Operations community: How should ITOps adapt to the new normal? In response, industry experts offered their best recommendations for how ITOps can adapt to this new remote work environment. Part 3 covers automation ...

APMdigest posed the following question to the IT Operations community: How should ITOps adapt to the new normal? In response, industry experts offered their best recommendations for how ITOps can adapt to this new remote work environment. Part 2 covers communication and collaboration ...

The "New Normal" in IT — the fact that most IT Operations personnel work from home (WFH) today — is here to stay. What started out as a reaction to the COVID-19 pandemic is now a way of life. Many experts agree that IT teams will not be going back to the office any time soon, even if the public health concerns are abated. How should ITOPs adapt to the new normal? That is the question APMdigest posed to the IT industry. ITOps experts — from analysts and consultants to the top vendors — offer their best recommendations for how ITOps can react to this new environment ...

IT Has Proven Rapid Digital Transformation is Possible - What's Next?
November 12, 2020

The pandemic effectively "shocked" enterprises into pushing the gas on tech initiatives that, on the one hand, support a more flexible, decentralized workforce, but that were by-and-large already on the roadmap, regardless of whether businesses had been planning to support widespread work-from-home or not ...

Maintaining call quality with Microsoft Teams is a process, not a onetime event. Network engineers and Microsoft Teams application owners need to be vigilant in preserving optimal call quality to ensure audio, video, and screen-sharing always remain satisfactory for end-users. In this blog, we cover how the Microsoft Teams Call Quality Dashboard (CQD) combined with the audio/video synthetic transaction monitoring improves this maintenance process ...

For IT teams, catching errors in applications before they become detrimental to a project is critical. Wouldn't it be nice if there was someone standing over your shoulder, letting you know exactly when, where, and what the issue is so you can correct it immediately? Luckily, there are both application performance management (APM) and application stability management (ASM) solutions available that can do this for you, flagging errors in both the deployment and development stages of applications, before they can create larger issues down the line ...