A Complete Approach to Web Performance Testing and Measurement
September 12, 2022

With web applications forming the core of a business's digital presence on the internet, their performance in terms of loading speed, throughput, and other parameters has become critical. It has become a distinctive feature to succeed in the market. Poor performance of such web applications or websites can have negative consequences for a business in terms of its ability to attract and retain customers. For instance, during Black Friday or Cyber Monday sales, eCommerce websites should be able to handle a large number of concurrent visitors. Because if they falter, users will likely switch to competing sites, leaving the website or web application bruised.

Statistically speaking, every year, slow-loading websites cost a staggering $2.6 billion in losses to their owners. Also, about 53% of the website visitors on mobile are likely to abandon the site if it takes more than 3 seconds to load. (Source: theglobalstatistics.com). This is the reason why performance testing should be conducted rigorously on a website or web application in the SDLC before deployment. 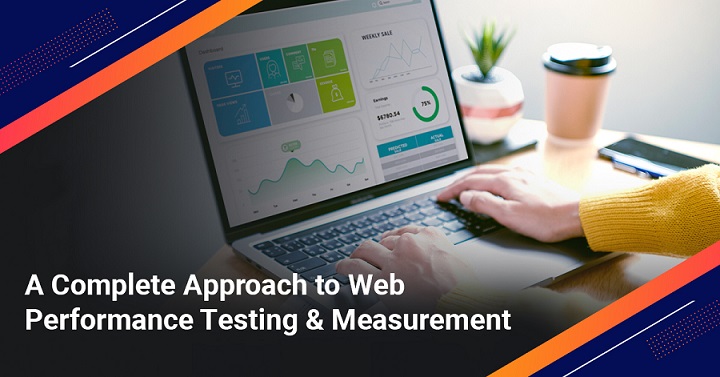 To measure the performance of a website or web application, the following parameters related to its architecture should be considered while conducting web services performance testing.

Web browser: Even though a web browser is independent of the application, its performance is critical to running the web application.

ISPs: The loading speed of a website depends mostly on the type of internet bandwidth it uses. So, if the bandwidth of the Internet Service Provider (ISP) is large, the website speed would be considerably greater and vice versa.

Firewall: A firewall can filter traffic based on the rules defined by the administrator. The presence of a firewall can deter or slow down the loading of a few features of the website.

Database: It is the repository that holds the data of the web application within. Thus, if the data is large, the loading time could be prolonged. To address this issue, a separate server (DB server) should be allocated.

Testing, measurement, and results: The application would be subjected to increased load thresholds and checked for its performance. This would verify if the application can support the expected load and more. To do so, the testing could be done inside and outside the firewall and proxy. Thereafter, performance is measured by identifying the user behaviour, response time of the back-end systems, the highest number of concurrent users, resource utilization, and the end-user experience. Finally, capacity planning activity is conducted by leveraging information gained from other components. The performance testing methodology would include tests such as smoke tests, load tests, stress tests, spike tests, and stability tests.

Setting up test environments: Creating a suitable test environment would allow the testing of critical activities such as release changing and the maximum load threshold and tune the systems to minimize risks associated with a new release. This phase includes selecting the automated tools and simulating user activities.

End-to-end monitoring: The testing performance should be evaluated across every element of the value chain – from users to back-end systems. This would mean monitoring the performance of the network, which users would use to access the web application or website. This phase would measure the response time and availability of various ISPs. Even resource performance, such as CPU, memory, disks, and others, should be monitored to determine whether a hardware upgrade or software tuning is required.

Any performance testing approach should focus on generating workload and measuring the application's performance against indices. These may include the system response time, resource utilization, throughput, and others. With the right performance load testing activity, the capacity of the web application or website to handle higher load thresholds could be ascertained. This would go a long way towards ensuring the quality of the application for the end users.