It seems as if the Sochi Winter Olympics and March Madness happened just yesterday, but the month of June is here, and with it, one of the most highly anticipated sporting events of any four year period. It could be argued that the FIFA World Cup is the most popular sporting event in the world, and with a soccer powerhouse country like Brazil hosting the tournament this year - across 12 venues - sports fans are getting the eye drops ready so they can watch every moment of the action between June 12 and July 13. ESPN will present all 64 matches across three networks (ESPN, ESPN2 and ABC). 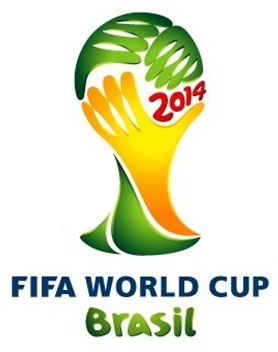 The results of a survey published by YuMe indicate that 63% of people will watch World Cup highlights on their computer, 23% on smartphones and 25% on tablets. This means apps from the major broadcast providers will be working overtime. Many of the matches will air during normal working hours throughout the US, and since many office workers don’t have access to a television at work, they will be using these other devices to stream the games instead.

Streaming video can be an enormous bandwidth hog and can occupy much more network resources than almost any other application. At a remote office location, even one person watching live video coverage can bring an entire LAN to a standstill. And it doesn’t take more than a handful of viewers at large sites to slow the network to a point where customers have difficulty accessing the company’s Web site or the quality of Internet-based telecommunications tools (like Skype) degrades. This problem has only been exacerbated by the influx of personal mobile devices into the enterprise, all of which are sucking up bandwidth from the corporate wireless network, which is generally more bandwidth constricted than the fixed-line Ethernet network.

While you don’t want to be the authoritarian IT pro who cuts off access, the amount of streaming that will be happening on your network is worth considering. Just as we said about the Olympics and March Madness, employees don’t always realize the impact they can have on network performance and how it could impact the entire company. The only way to analyze this traffic and be able to reroute it or add more capacity is to have full visibility into the network.

Here are some best practices for keeping a network running at peak capacity during an event like the World Cup:

- Baseline your networks BEFORE you need to start allocating bandwidth. If you know what your normal network needs are, you are in a better position to set Quality of Service (QoS) policies to guarantee bandwidth for your mission-critical applications. Most importantly, don’t be satisfied with simply knowing the average bandwidth required – look across a several-day baseline to see usage by hour, and pay close attention to if/when you have microburst activity (applications causing this will most likely be the ones impacted first if your network becomes saturated).

- Since it is likely that most “non-business web browsing” will happen on Bring your Own Devices (BYODs), which are nearly universally wireless, think about isolating your wireless network from your mission- critical network, and consider putting limits on the outside bandwidth served to that network.

- Monitor your network closely, and look for signs of issues proactively. High-resolution network visibility tools are critical to ensuring you will see problems before they impact your enterprise.

- Assume you will run into issues, and plan what your options are when they occur. If your playbook has already thought-out and documented options to deal with issues, it is far more likely that you can mitigate issues quickly.

www.emulex.com
YuMe World Cup Survey
5 Steps to Get Your Network Ready for the World Cup
Can the Internet Handle the Expected 2014 World Cup Traffic Records?