IT's reputation among employees is often one of being too controlling or rigid. Sometimes this is exaggerated, other times the label is well-deserved. The role of safeguarding the network and ensuring the applications relied upon daily by the workforce are operating at peak proficiency, while necessary, can be thankless and misunderstood. Therefore all employees should be reminded that IT is not the evil and humorless guardians of the gate, but a critical department that is capable of both keeping the systems running and exhibiting some flexibility along the way. 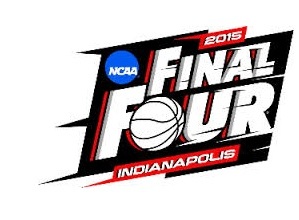 With March Madness set to kick into high-gear, what better time to highlight the ability of IT to be flexible and accommodating to the organization, while still overseeing and ensuring the viability of the network and its critical applications.

As March Madness continues to be a digitally driven event with a large US following, IT knows the business network will be put under additional stress and employee productivity will decline amid the tournament frenzy and all-consuming bracket. This is especially true during the first two days of the tournament when early round games take place during peak work hours.

To help better prepare organizations for the oncoming flurry, we've put together our own "Final Four" list of actions every IT team can take to ensure networks don't come down with the nets.

1. Establish and encourage the use of a central viewing area

Rather than having multiple streams going across the network, go the old school approach of broadcasting the games on television in areas such as break rooms, cafeterias, etc. This not only saves the bandwidth, but creates a feeling of goodwill amongst the employee base.

While bandwidth is a valuable and sometimes expensive asset, keeping the pace of productivity and allowing employees to pay attention to their favorite schools has its own rewards. It may add a bit more to the bill, but it's worth the investment as happy employees are more productive and reliable overall.

Wireless signals are often the first to feel the impact of overwhelming broadband usage. Having employees connect to the network via hardline rather than draining the Wi-Fi is a small concession on their part to ensure the signal stays strong for everyone.

There are certainly issues that can arise when a company of several hundred in one location suddenly becomes a company of one in hundreds of disparate locations. Yet in this case, it could benefit the organization. Granting the workforce the flexibility to be at home during these two days and watch while they work would alleviate the pull on the company's network and bandwidth. In all likelihood, only a percentage of employees will take advantage of this benefit, but this is the group that would be streaming across your network.

March Madness can be a crazy time for everyone – players, coaches, fans, and IT. By embracing the reality of the situation, organizations can accurately plan and take steps to minimize its impact on productivity. There is also some goodwill and credibility to be built along the way. Enforcing the message that IT is your friend and is willing to work with you and find ways to compromise is a powerful message that can continue to pay dividends long after the confetti has fallen and the nets have been cut down.

Use of Database Monitoring Tools Rises to Record High
October 20, 2021

Over three quarters (79%) of database professionals are now using either a paid-for or in-house monitoring tool, according to a new survey from Redgate Software ...

Gartner announced the top strategic technology trends that organizations need to explore in 2022. With CEOs and Boards striving to find growth through direct digital connections with customers, CIOs' priorities must reflect the same business imperatives, which run through each of Gartner's top strategic tech trends for 2022 ...

Is your company trying to use artificial intelligence (AI) for business purposes like sales and marketing, finance or customer experience? If not, why not? If so, has it struggled to start AI projects and get them to work effectively? ...